One of WB Simpsons largest and most interesting contracts in recent years, that involved a selection of various different aspects to floor and platform finishes that were incorporated for the station refurb. The contract was carried out over 4 years in 2 phases with the first phase consisting of 6 platforms, concourse and lower ticket office to the deck extension that was added on to the old St Pancras Station known as the Barlow Shed. The platform work consisted of edge Copers Terrazzo floor tiles and structural movement joints. Terrazzo Tiles that were of a unusual size were supplied by one of our manufacturers in Turkey and transported over in containers.

WB Simpsons won an award for the contract that was presented at the Annual Health and Safety Awards for the bespoke Vacuum Lifting Machine that was designed for the Immovability and installation of the large coper slabs that were required for the Platform edges. The second phase was a total refurb to the Barlow shed that was a challenging section of work for all parties involved, especially in the lower section of the station known as the undercroft where the existing structure of the main station sat on many hundreds of steel columns that had to remain and the infrastructure was worked around.

As well as the Terrazzo Tiles, copers and structural joints that followed the design of phase one, there was a requirement for W.B.Simpsons to supply and install Slate to the floors in the main Toilets of the undercroft, Euro train departures lounge and upper concourse of the Barlow shed. The slate was selected from samples sent over from a supplier in Brazil that had to be passed for approval first by English Heritage and the client’s Architect before the material was quarried.

This was also a challenging task and a new one taken on by WB Simpsons with the slate being supplied from Brazil. A trip was arranged for 2 members of the company to go out to far wonders of Brazil to the quarry and factory that was supplying the slate, to put into action a quality control system that would assure the right material was sent over.  The contract was finally completed in 2008 with 13 platforms, Upper and lower concourses, the Barlow shed and Euro Tunnel Train departure lounge  with an overall estimated 32,000m² of Tiling. 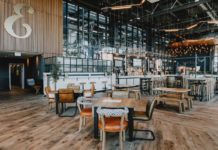 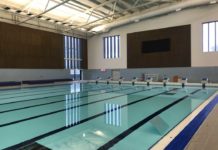 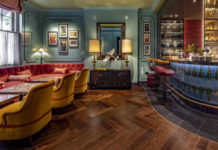 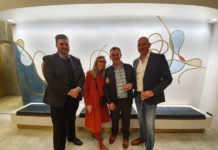 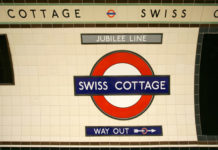